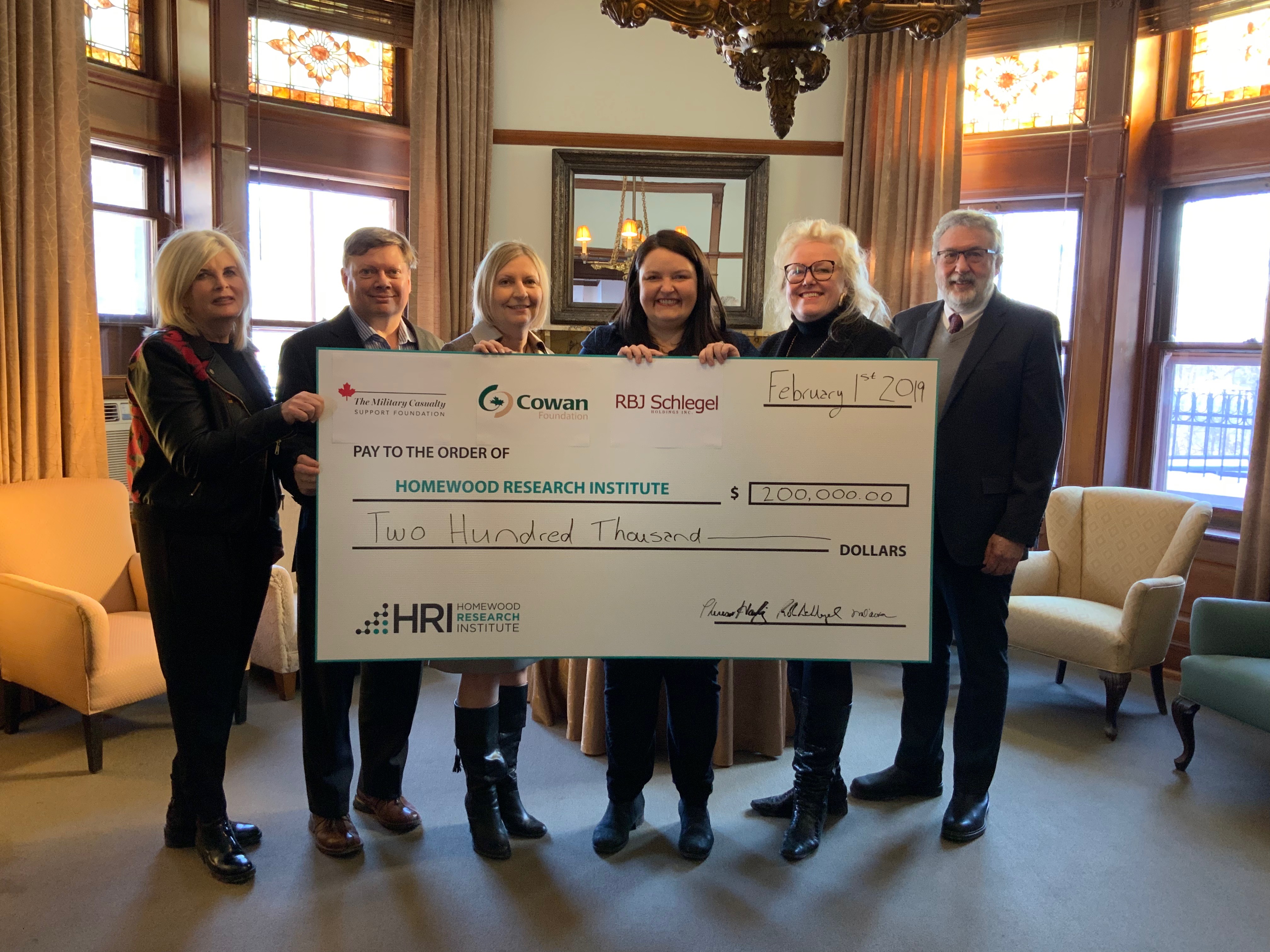 In equal partnership with the Military Casualty Support Foundation and RBJ Schlegel Holdings, The Cowan Foundation donates $65,500 to Homewood Research Institute (HRI) for their innovative cognitive training program for those living with Post Traumatic Stress Disorder (PTSD). The program aims to reduce the symptoms of PTSD and improve concentration, memory and organization.

“On behalf of The Cowan Foundation Board, we are proud to partner and support this program,” says Mary D’Alton, Executive Director, The Cowan Foundation. “It closely aligns with the Foundation’s goal of improving the lives of Canadians, including those experiencing PTSD.”

“We are very pleased with this unique opportunity to partner with the Military Casualty Support Foundation, RBJ Schlegel Holdings and HRI,” says Heather McLachlin, President, Cowan Insurance Group. “We see this research as having unlimited potential for those dealing with PTSD and their families.”